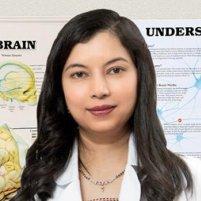 Nearly 1 million people in the United States live with Parkinson's disease, a movement disorder that usually appears after the age of 50. Experienced neurologist Priti Manohar, MD, at Neuro Rehab & Pain Institute offers comprehensive care for Parkinson's disease. Dr. Manohar personally manages your ongoing medication regimen and provides the support and treatment you need to maintain your health and well-being. If you have tremors, call the office in Edinburg, Texas, or book an appointment online today.

What is Parkinson's disease?

Parkinson's disease is a neurological condition that causes abnormal movements. The disease begins when neurons (nerves) degenerate in a specific area of your brain.

What primary symptoms occur due to Parkinson's disease?

Most people first notice the tremors in their hands, but the shaking may affect your arms, legs, and face. Parkinson's tremors tend to appear when you're at rest and improve when you use the muscles.

Parkinson's is a chronic (long-lasting) and progressive disorder. As a result, existing symptoms get worse and new symptoms appear.

As time goes on, you gradually develop motor (muscle) and non-motor symptoms. You may:

Some people develop Parkinson's dementia, which occurs when proteins called Lewy bodies accumulate in their brain. Like Alzheimer's, this is a progressive dementia that increasingly affects memory, language, problem solving, and thinking skills. These changes gradually get severe enough to interfere with daily life.

Is Parkinson’s disease associated with seizures?

Studies suggest that Parkinson's disease increases your risk of having epileptic seizures. As an expert in diagnosing and treating seizures, Dr. Manohar routinely monitors Parkinson's patients for their risk factors and takes proactive steps to protect their health.

How is Parkinson's disease treated?

Though there's currently no cure for Parkinson's, Dr. Manohar prescribes medications that can ease the symptoms and dramatically improve movement for most patients.

In many cases, you receive a combination of medicines that replace, boost, or mimic the effect of dopamine. You may also need other medications that help control specific symptoms such as tremors.

Parkinson's medications allow many people to maintain their quality of life. But if you experience side effects or reach a stage when the medications stop working, Dr. Manohar talks with you about surgery.

Surgery targets the area in your brain that controls movement. Deep brain stimulation is one type of surgery that often improves symptoms by implanting an electrode into your brain. The electrode sends out electrical impulses that control nerve activity and diminish or stop tremors.

If you notice changes in movement or you're already diagnosed with Parkinson's disease and need ongoing management, call Neuro Rehab & Pain Institute or book an appointment online today.